He has been serving as vice-president of Sarishabari municipality Jubo League and Secretary of Sarishabari Muktijudha Santan Command, who has neat and clean image in the locality.

He is the son of Alhaj Abdul Malek who was a veteran freedom fighter and a two-time parliament member, was a close associate of Bangabandhu Sheikh Mujibur Rahman, had a long political career as a pro Awami League leader and contributed much to get freed the country from the Pakistan occupation forces during the Liberation War and later became lawmakers for two times in the general elections held in 1970 and 1973. Moreover, he had possessed the president post of the upazila unit AL for long about 48 years.

Sarishabari municipality is the most important municipality of Jamalpur district for the reason he is campaigning in a full swing from the year earlier.

He is also doing the welfare task and taking part in the public functions like religious and social activities with a view to seeking enormous votes and supports of the general people.

Recently during the Covid-19 pandemic, he has helped the distitute going door to door and he distributed seed and seedlings to the farmers.

“I am 100% hopeful of getting nomination from Awami League (AL) as my whole familiar is the most dedicated for AL( Awami League) , said he. 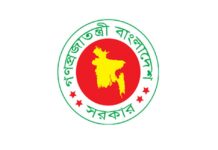