Newsun Desk:
A senior assistant superintendent of police died at a hospital in Dhaka yesterday after he was allegedly assaulted by hospital staff.

The deceased, Senior ASP Anisul Karim, had been suffering from mental complications over some family issues and was admitted at the hospital, said his brother Rezaul Karim.

Yesterday morning, he was taken to Mind Aid Hospital in the capital’s Adabor area to be admitted for treatment, but died before the admission procedure ended.

CCTV footage showed that some hospital staff members physically assaulted Anisul after taking him inside a room.

The Daily Star could not independently verify the CCTV footage.

Family members of the deceased officer alleged that hospital staffers beat him to death.

“Around 11:00am on Monday, we went to Mind Aid Hospital for Anisul’s treatment with my sister and her husband. They are also doctors by profession. At the hospital, Anisul had some food and then wanted to go to the restroom,” he said.

“While being taken to the restroom [by hospital staff], Anisul might have acted roughly. In response, the hospital staff beat my brother to death,” Rezaul claimed.

“The hospital staffers informed us that my brother died from cardiac arrest but the post-mortem report clearly showed that Anisul actually died because of the pressure exerted on him,” he added.

The hospital CCTV footage showed some five to six people trying to push Anisul into a small room. They then forcefully pushed Ansiul on the floor and tied his hand with a cloth.

In the footage, it was seen that Anisul stopped moving at that time. Later, a woman wearing apron entered the room and locked the door. The woman performed CPR on Anisul but there was no response.

Mritunjoy Dey, additional deputy commissioner of Tejgaon Division Police, said that they have already collected the CCTV footage from the hospital and are analysing it and that some people were already detained from the hospital for interrogation.


“We would be able to speak clearly about the detainees after interrogation and we will show the responsible ones arrested after the victim’s family files a case regarding the incident,” he added.

“Anisul was very aggressive while his admission process was underway and he was attacking people around him. We did not provide any medication to the patient. We heard that he was brought to our hospital from National Mental Institute after being given an injection,” Md Imran Khan, coordinator of Mind Aid Hospital, told The Daily Star.

“As the patient was aggressive, he was taken to a room to calm him down. But after going to the room, the patient stopped responding,” he also said.

Asked about what was seen in the CCTV footage, Imran said he was not present at the hospital at the time and could not say what actually happen. 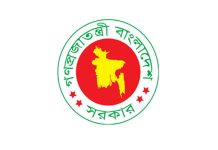