China has denied reports that it tested a nuclear-capable hypersonic missile earlier this year, insisting instead that it was a routine spacecraft check.

The initial report in the Financial Times newspaper prompted concern in Washington, where US intelligence was reportedly caught by surprise, reports BBC.

Hypersonic missiles are much faster and more agile than normal ones, meaning they are more difficult to intercept. It comes as concern grows around China’s nuclear capabilities.

On Monday, foreign ministry spokesman Zhao Lijian told a media briefing that a routine test had been carried out in July to verify different types of reusable spacecraft technology.

“This was not a missile, this was a spacecraft,” he said. “This is of great significance for reducing the cost of spacecraft use.”

Mr Zhao added that many countries had carried out similar tests in the past. When asked if the Financial Times report was inaccurate, he replied “yes”.

The report on Saturday quoted five unnamed sources who said a hypersonic missile had been launched in the summer. It flew through low-orbit space before cruising down and narrowly missing its target, the report said.

“The test showed that China had made astounding progress on hypersonic weapons and was far more advanced than US officials realised,” the report read.

A senior member of Congress later said the apparent test should serve as a call to action for America.

Mike Gallagher, a Republican member of the House Armed Services Committee, said if Washington stuck to its current approach it would lose a new Cold War with China within a decade.

Relations between the US and China are tense, with Beijing accusing President Joe Biden’s administration of being hostile.

A number of Western countries have also expressed concern at China’s recent displays of military might. 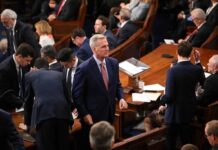 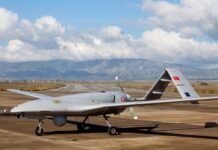