Prime Minister Sheikh Hasina on Wednesday told Parliament that Khaleda Zia has brought the killers of the Father of the Nation to parliament going one step forward of her husband Ziaur Rahman who gave indemnity to them alongside postings at foreign missions.

“Ziaur Rahman awarded the killers of the August 15 (1975) carnage by giving them jobs at embassies alongside giving them indemnity while Khaleda Zia brought the killers to parliament of the people going one step ahead from him (Zia),” she said.

The Prime Minister was taking part in a discussion on an obituary reference at the deaths of sitting MP Prof Ali Ashraf (Cumilla-7), seven former lawmakers including a state minister, and some noted personalities. The obituary refere3nce was later adopted unanimously.

Speaker Dr Shirin Sharmin Chaudhury moved the condolence motion in parliament at the beginning of the 14th session of the 11th parliament.

The day’s business of the parliament was adjourned after adoption of the obituary reference over the death of sitting Awami League MP Prof Ali Ashraf in order to pay respect to him as per the tradition.

On July 30, valiant freedom fighter and five-time MP Ali Ashraf died at the age of 74. He was born at Gallai village in Chandina Upazila under Cumilla district on November 17, 1947. 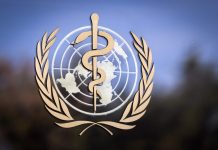