Daily Newsun Report:
Girish Goiric is a prominent poet, editor, translator and organiser. He was born in Bangladesh on 15 August 1987. He started writing at a very early age when he was around 5 years old. When he was studying in school, he made an impression by reading Ramayana, an epic by Valmiki, and Mahabharata, an epic by Krishna-Dwaipayan Vyasa, at the young age.

He has founded a multilingual international online literary magazine named Poem Vein (poemvein). He’s the editor and publisher of this magazine. He’s also a general editor of Bangladesh Kobita Moncho, a notable organisation of Bangladeshi poets.

In 2018, Nabangkur arranged a solo poetry reading session of him at a historical place of Kolkata, College Street Coffee House. Also, his first solo poetry reading session was organised by Hrithibeeroth in 2017 in Bangladesh. He gave a speech at Banipur Art Society and Institute of Culture, India. He attended several literary festivals at home and abroad, including SAARC Literature Festival.

He studied B. Com and M. Com in Accounting at National University, Bangladesh. After changing several jobs, he found his passion in journalism. Currently, he’s working at a popular national daily newspaper of Bangladesh, The Daily Janakantha.

His poems have been translated into numerous languages and published in the famous literary newspapers of Russia, Afghanistan, Bhutan, China, England, India, Maldives, Nepal, Serbia, South Africa, Spain, Sri Lanka, and many more. 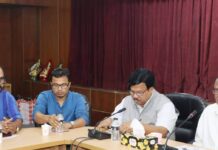 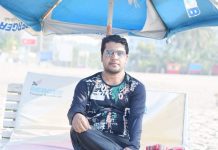