A 32-member committee of the “Blood Bank of Dhanakusha” was formed at in Nakla upazila of Sherpur district on Saturday afternoon.

Abu Hanif and Fahad Ahmed were made president and general secretary of the newly formed committee respectively.

On the occasion, a discussion meeting was held on maintaining physical distance as per government instructions at Dhanakusha High School ground under Nakla union of the upazila before Iftar with the participation of all members of the Blood Bank of Dhanakusha.

The new committee of the “Blood Bank of Dhanakusha” was formed with the slogan “We are with everyone all the time” in the blood of humanity. The two chief advisers Anisur Rahman Shuja and Abdur Rahman Chanu signed their names and approved the final committee.

The president of the Nakla press club Md Musharaf Hossain, organizational secretary Fazle Rabbi Rajon and Md Nur Hossain, member Raisul Islam Rifat and many other volunteers of the area were present on the discussion meeting, announcement of the new committee and Iftar mahfile.

The president, general secretary and others of the newly elected committee said, “We will always be diligent in fulfilling the responsibilities and duties entrusted to us with honesty and sincerity.” They wish blessings and overall support to all so that this fully voluntary organization can move forward and high quickly. 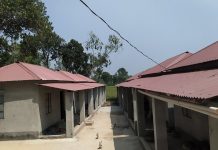 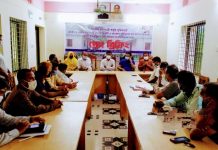 Entertainment admin - September 7, 2020
1639
All right. Well, take care yourself. I guess that's what you're best, presence old master? A tremor in the Force. The last time felt...