Dailynewsun Desk:
The year 2020 will go down in history as the year of the pandemic and an unprecedented economic crisis. For the first time in four decades, the Indian economy slipped into a recession, with consecutive quarters of negative growth, precipitated by one of the most prolonged and stringent lockdowns globally.

Manufacturing came to a halt, paralysis struck the services sector, migrant labour left the cities, the micro and small enterprises lobbied for support to survive.

Despite the economic devastation and unemployment the lockdown inflicted, the general perception is that the government steered the economy ably through the pandemic, according to the findings of the Mood of the Nation survey.

This reflects in the satisfaction expressed by 87 per cent of the respondents in the January 2021 India Today Mood of the Nation (MOTN) poll. Twenty per cent rate the Modi government’s performance as outstanding, 46 per cent find it good and 21 per cent average when it comes to managing the economy.

Methodology of the Mood of the Nation poll

Though this is a fall from the 93 per cent approval in the August 2020 MOTN poll, the government’s efforts are seen as positive despite India’s stimulus being conservative among large economies.

Economists and industry have been seeking a more aggressive stimulus to stir declining demand, but the government’s focus is still on micro-units and people on the margins.

Interestingly, while 27 per cent of the respondents in the January 2020 survey said their economic status had deteriorated, only 12 per cent say the same in the latest poll.

Forty-nine per cent of the respondents this time say their economic status has improved, compared to 40 per cent in January 2019.

As the government readies to present its budget on February 1, cautious optimism seems to have returned.

The Reserve Bank of India has revised its growth projection for 2020-21 to -7.5 per cent from the earlier forecast of -9.5 per cent, since the second half of FY21 is expected to show some positive growth.

Nearly 77 per cent of the respondents believe the economy will improve in the next six months or remain the same; only 17 per cent say it will decline.

This is a drop of five percentage points from the August 2020 MOTN poll, in which 88 per cent said the Modi government’s economic performance was at par or better.

Only 13 per cent believe the Modi government has done worse than the UPA regime, compared to 30 per cent in the August 2020 edition. People’s faith in ‘Modinomics’ seems to have been restored.

In May 2020, the Centre announced the Aatmanirbhar Bharat Abhiyaan and a Rs 20 lakh crore package (10 per cent of the GDP) to provide relief to those most affected by the pandemic and pump prime growth. The stimulus included the Rs 8.04 lakh crore worth of RBI’s measures to improve liquidity and assist industries and individuals hit by the pandemic.

However, at a time when most MSMEs were struggling to pay salaries, repay loans and pay huge power bills despite business coming to a standstill, businesses and individuals were expecting direct relief, not more loans, even if the government was backing them.

However, while not entirely happy with the outcome of the government’s push for self-reliance to reduce India’s dependence on Chinese imports, many laud the sentiment behind Aatmanirbhar Bharat — 46 per cent of the respondents feel it’s a good initiative. Eighteen per cent dismiss it as impractical since India does not yet have the capacity to be the world’s supply hub, while 13 per cent feel it’s an empty slogan 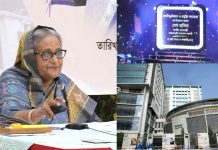