The death rate for Nipah virus is up to 75% and it has no vaccine. While the world focuses on Covid-19, scientists are working hard to ensure it doesn’t cause the next pandemic.

It was 3 January 2020, and Supaporn Wacharapluesadee was standing by, awaiting a delivery. Word had spread that there was some kind of respiratory disease affecting people in Wuhan, China, and with the Lunar New Year approaching, many Chinese tourists were headed to neighbouring Thailand to celebrate. Cautiously, the Thai government began screening passengers arriving from Wuhan at the airport, and a few select labs – including Wacharapluesadee’s – were chosen to process the samples to try to detect the problem.

Wacharapluesadee is an expert virus hunter. She runs the Thai Red Cross Emerging Infectious Disease-Health Science Centre in Bangkok. Over the past 10 years, she’s been part of Predict, a worldwide effort to detect and stop diseases that can jump from non-human animals to humans, reports BBC.

She and her team have sampled many species. But their main focus has been on bats, which are known to harbour many coronaviruses. She and her team were able to understand the disease in just a matter of days, detecting the first case of Covid-19 outside of China. They found that – as well as being a novel virus that didn’t originate in humans – it was most closely linked to coronaviruses they had already found in bats. Thanks to the early information, the government was able to act quickly to quarantine patients and advise citizens. Despite being a country of nearly 70 million people, as of 3 January 2021 Thailand had recorded 8,955 cases and 65 deaths.

The next threat
But even as the world grapples with Covid-19, Wacharapluesadee is already looking to the next pandemic.

Asia has a high number of emerging infectious diseases. Tropical regions have a rich array of biodiversity, which means they are also home to a large pool of pathogens, increasing the chances that a novel virus could emerge. Growing human populations and increasing contact between people and wild animals in these regions also ups the risk factor.

Over the course of a career sampling thousands of bats, Wacharapluesadee and her colleagues have discovered many novel viruses. They’ve mostly found coronaviruses, but also other deadly diseases that can spill over to humans.

There are several reasons the Nipah virus is so sinister. The disease’s long incubation period (reportedly as long as 45 days, in one case) means there is ample opportunity for an infected host, unaware they are even ill, to spread it. It can infect a wide range of animals, making the possibility of it spreading more likely. And it can be caught either through direct contact or by consuming contaminated food.

Someone with Nipah virus may experience respiratory symptoms including a cough, sore throat, aches and fatigue, and encephalitis, a swelling of the brain which can cause seizures and death. Safe to say, it’s a disease that the WHO would like to prevent from spreading.

Exposure is everywhere
It’s first light in Battambang, a city on the Sangkae River in north-west Cambodia. At the morning market, which starts at 05:00, motorbikes weave past shoppers, kicking up dust in their wake. Carts piled high with goods and covered in colourful sheets are perched next to makeshift stalls selling misshapen fruits. Locals wander in and out of the stands, plastic bags bulging with their purchases. Elderly ladies in wide-brimmed hats crouch over blankets covered with vegetables for sale.

In other words, it’s a fairly normal morning market. That is, until you crane your neck to the sky.

From 2013 to 2016, Duong and his team launched a GPS tracking programme to understand more about fruit bats and Nipah virus, and to compare the activities of Cambodian bats to bats in other hotspot regions.

Two of these are Bangladesh and India. Both countries have experienced Nipah virus outbreaks in the past, both of which are likely linked to drinking date palm juice.

At night, infected bats would fly to date palm plantations and lap up the juice as it poured out of the tree. As they feasted, they would urinate in the collection pot. Innocent locals would pick up a juice the next day from their street vendor, slurp away and become infected with the disease.

Date palm juice is also popular in Cambodia, where Duong and his team have found that fruit bats in Cambodia fly far – up to 100km each night – to find fruit. That means humans in these regions need to be concerned not just about being too close to bats, but also about consuming products that bats might have contaminated.

Duong and his team identified other high-risk situations, too. Bat faeces (called guano) make for popular fertiliser in Cambodia and Thailand and in rural areas with few work opportunities, selling bat droppings can be a vital way to make a living. Duong identified many locations where locals were encouraging the fruit bats, also known as flying foxes, to roost nearby their homes so they could collect and sell their guano.

Changing the world
Avoiding bats may have been simple at one point in human history, but as our population expands, humans are changing the planet and destroying wild habitats to meet the increasing demand for resources. Doing so is driving up the spread of disease. “The spread of these [zoonotic] pathogens and risk of transmission accelerate with… land-use changes such as deforestation, urbanisation, and agricultural intensification,” write authors Rebekah J White and Orly Razgour in a 2020 University of Exeter review about emerging zoonotic diseases.

Sixty percent of the world’s population already lives in Asia and the Pacific regions, and rapid urbanisation is still taking place. According to the World Bank, almost 200 million people moved to urban areas in East Asia between the years 2000 and 2010.

Meanwhile, Asia is home to nearly 15% of the world’s tropical forests, but the region is also a deforestation hotspot. The continent ranks among the highest in the world for biodiversity loss. Much of it is due to the destruction of forests into plantations for products like palm oil, but also to create residential areas and space for livestock.

Fruit bats tend to live in thick forest regions with lots of fruit trees for them to feed on. When their habitat is destroyed or damaged, they find new solutions – like the roost of a house, or the creviced turrets of Angkor Wat. “The destruction of bat habitat and the interference of humans through hunting drives flying foxes to search for alternative roosts,” says Duong. It’s likely the bats that Duong’s team have monitored travelling up to 100km per night for fruit are doing so because their natural habitat no longer exists.

But bats, we now know, harbour a number of nasty diseases – Nipah and Covid-19, but also Ebola and Sars.

Should we just eradicate bats? Not unless we want to make things much worse, says Tracey Goldstein, institute director at the One Health Institute Laboratory and lab director of the Predict Project.

Finding answers, creating questions
For as many answers as Duong and his team find, more questions are always cropping up. One is: why hasn’t Cambodia experienced a Nipah virus outbreak yet, given all the risk factors? Is it a matter of time, or are Cambodian fruit bats slightly different to Malaysian fruit bats, for example? Is the virus in Cambodia different to Malaysia? Is the way humans are interacting with bats different in each country?

Duong’s team are working to find out the answers, but they don’t know yet. 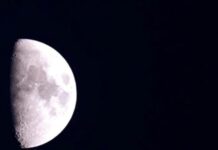 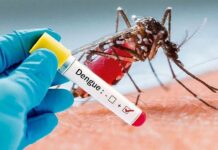