Like humans, bonobos may experience a sense of joint commitment, working towards common goals with a partner through communication and shared behavior while understanding the social consequences of breaking their commitments, according to a new study.

The research findings were published on December 8, 2020 in American Association for the Advancement of Science.

Individuals also made more efforts to communicate with their partner once they resumed an activity that they had been responsible for interrupting, suggesting they recognized that breaking a commitment solely for their own benefit is more threatening to partners than doing so for reasons relevant to the whole group. This observation further supports the idea that bonobos may be aware of their actions’ social implications.

The study’s findings contrast with previous research in non-human primates based on games rather than naturally occurring behavior, in which human experimenters playing with animal participants unexpectedly interrupted the game and waited for the participants to reengage them. These findings led to the claim that only humans experience the joint commitment to a shared activity that enables both our ambitious achievements (such as long-term research projects) and our mundane pursuits (such as lunch with colleagues).

“Alongside other abilities, such as language, perspective taking, cooperative communication, and cumulative culture, for instance, it was commonly assumed that joint commitment is pretty much what makes humans distinct in their way of interacting socially,” said Raphaela Heesen, a postdoctoral research associate in the department of psychology in Durham University and the lead author of the study. “Our findings provide evidence that bonobos are at least endowed with a social cognition that enables them to engage in joint commitment, although probably only at an implicit level and possibly in a less profound way than humans.”

A SOCIALLY TOLERANT APE
Together with chimpanzees, bonobos are humans’ closest living relatives, sharing 98.7% of our DNA. But unlike their more temperamental chimpanzee cousins, bonobos, which are organized within matriarchal social structures dominated by high-ranking females, live fairly peaceful lives. While bonobos still have their aggressive moments, they don’t tend to practice infanticide, and they share their food ( but not their tools ), and express empathy to strangers. Some researchers have even suggested these comparatively docile primates may have ” self-domesticated ” through natural selection for more cooperative traits, perhaps because (unlike chimpanzees) they were cut off from gorillas by the Congo River and as a result experienced less competition for resources.

“Our study focuses on bonobos, because bonobos had previously been documented to be more socially tolerant and more egalitarian than chimpanzees,” said Heesen. “Due to these reasons, we predicted that bonobos would likely engage in joint commitment and exhibit an increased sensitivity towards their interaction partner.”

JOINT COMMITMENT IN GROOMING BEHAVIOR
To assess whether these apes engage in joint commitment while participating in a natural daily social activity with other members of their species, Heesen and colleagues observed 15 bonobos at a zoological park as they groomed alone or with a partner. Grooming was selected as the experiment’s joint action of choice since bonobos are known to perform it often and in a reciprocal manner. The behavior is also leveraged to resolve conflicts and promote bonding.

As the primates groomed either alone or with a partner, the researchers periodically interrupted them, either by calling an individual’s name to give them a food reward (a targeted interruption, aimed at a specific bonobo) or by rapidly opening and closing the enclosure’s sliding door (an untargeted interruption that gained the attention of all bonobos).

The researchers also observed that in 83% of the trials, individuals responsible for suspending the activity resumed their same role post-interruption, with the active groomer more likely to reinitiate than the passive groomee. 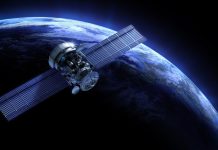 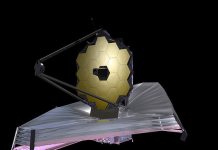 Astronauts to return from space station next week: NASA 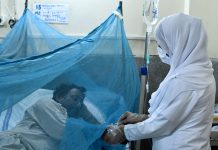 First drug for dengue, an excruciating disease, may be on the horizon Scientists create their own GPS by spying on internet satellites