More cases were filed against BNP men on charge of torching buses, throwing crude and petrol bombs in different areas of Dhaka on Thursday.

The cases filed by police mentioned that members of BNP and its front organisations along with some unnamed persons gathered unlawfully, carried out the arson attacks and exploded crude bombs with the aim to foil Dhaka-18 by-polls and damage lives and properties.

Two cases were filed with Uttara East Police Station yesterday — one for arson attack on a bus in Azampur area, and another for exploding crude bombs in front of a polling centre — on the election day, Nure Alam Siddique, officer-in-charge of the police station, told The Daily Star.

Nineteen persons were named as accused in the arson case while 28 were named in another case. Police arrested nine persons from in front of the polling centres after crude bomb explosion, the OC said.

BNP’s SM Jahangir, who was defeated by the Awami League candidate in the by-polls by a huge margin, was mentioned as the mastermind behind the incident, police said.

Meanwhile, Jahangir was also made the prime accused in a case filed with Airport Police Station against 28 persons, mostly BNP men, on charge of torching a bus of Projapoti Paribahan on Dhaka-Mymensingh road near the airport, said Sub-inspector Asaduzzaman Sheikh of Airport Police Station.

The accused gathered unlawfully and hurled a petrol bomb on the bus, he said quoting the case statement.

More than 100 persons were made accused in a case filed with Khilkhet Police Station after a bus was torched near Kuril Flyover, said Aminul Islam, inspector (investigation) of the police Station.

BNP candidate Jahangir was among the accused, he confirmed.

Yesterday, it was reported that 10 cases were filed with seven police stations against nearly 500 named accused, mostly activists of BNP and its front organisations over arson attacks on buses on different city streets on Thursday.

There are also many unnamed accused in the cases.

Like the previous cases, the charges brought against the accused includes attempted murder by torching buses under penal code, sabotage under the Special Powers Act and Explosives Substance Act. 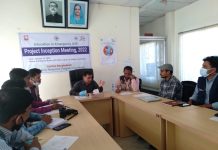 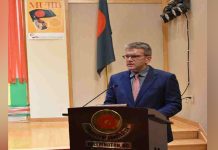 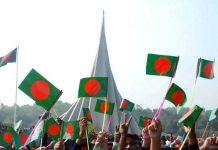