United Nations High Commissioner for Refugees, Filippo Grandi urged redoubling of efforts to “resolve this affront to humanity in the 21st century.”

UN refugee agency, UNHCR Chief made this remark marking the sixth anniversary of the #IBelong Campaign, aimed at ending statelessness by 2024.

Grandi warned that the need is all the more pressing in the midst of the coronavirus pandemic, which is worsening the plight of millions of stateless people around the world, reports UN News.

“The COVID-19 pandemic has shown more than ever the need for inclusion and the urgency to resolve statelessness. A pandemic doesn’t discriminate between citizens and non-citizens. It is not in any state’s, society’s or community’s interest for people to be left stateless and living on the margins of society,” said Mr. Grandi.

Though global data is hard to obtain as stateless populations are not always accounted for or included in national censuses, there could be about 4.2 million stateless, in 76 countries according to the UN refugee agency, UNHCR. The actual number is believed, however, to be substantially higher.

“To protect and save lives, we urge governments to resolve statelessness and make sure that no one is left behind,” he added.

Launched in November 2014, the #IBelong Campaign aims to end statelessness within ten years, by identifying and protecting stateless people, resolving existing situations of statelessness and preventing the emergence of new cases.

The Campaign is also directly linked to target 9 of Sustainable Development Goal 16 (SDG16), to provide legal identity for all, including birth registration, by 2030.

While significant progress has been made in reducing statelessness worldwide since the launch of the Campaign in November 2014, the pandemic has now exacerbated many of the difficulties and injustices that stateless people face.

Lacking important legal rights and often unable to access essential services, many stateless people are politically and economically marginalized, discriminated against and vulnerable to exploitation and abuse. In many countries, stateless people, including stateless refugees, live in sub-standard and inadequate sanitary conditions which can increase the risk of disease.

“Without citizenship, many stateless people do not have access to or are not included in essential public health services and social safety nets. They have been left extremely vulnerable in the face of this pandemic,” said Mr. Grandi.

Some countries have, however, shown leadership by including stateless people in their response to COVID-19, ensuring they have access to testing and treatment, food, clothing and masks. Some governments have made birth registration and other forms of civil documentation an essential service, maintaining operations despite the pandemic, helping to prevent new cases of statelessness arising. 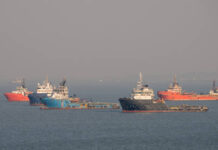