As we know the population of the world is increasing day by day and it is projected to reach approximately 10.9 billion by 2100. With a vast amount of people, the whole world will face many challenges to meet their needs that’s why everyone is exploring the alternative for many sources such as renewable sources for energy production, biofertilizer for growing plants, food for accomplishing nutritional demand, inexpensive way for wastewater treatment, etc. If we gain all the convenience with one solution that will be a great blessing to us. In the first few decades, Microalgae be like this fortune for its multidimensional uses. Approximately 40,000 different species of microalgae have been reported, everybody is more or less familiar with algae. It can be seen in almost every possible condition where it can grow. Algae is a class of photosynthetic organisms found in both marine and freshwater habitats. The cultivation of algae uses land that in many cases is unsuitable for traditional agriculture as well as water sources that are not useable for other crops such as seawater, brackish water, and wastewater. It grows 10 times more rapidly than a terrestrial plant and less than a tenth of the land is needed to produce an equivalent amount of biomass. It’s an organism having the potentials of transforming 9-10% of solar energy into biomass.

A typical open pond can produce 5-10g of biomass (dry basis) per m2 of surface area per day. Some researchers reported that biomass yield can be as high as 50g/m2 per day i.e. 74-ton biomass/m2 per year in an open pond. They commonly double in size every 24hr. during the growth phase, some microalgae can double every three and one-half hour (Christi, 2007).

Like other plant algae when grow using sunlight, absorb carbon dioxide (CO2) as they grow releasing oxygen for the rest of us to breathe. It is reported that 1kg of algae biomass is capable to fix approximately 1.8kg of carbon dioxide furthermore some species SOx and NOx as nutrient flow along with CO2. CO2 constituent 50% of the dry weight of algal biomass. Algae play a great role in reducing greenhouse gas by absorbing carbon dioxide from the environment. In the modern era, fossil fuel depletion and global warming have led to the world’s eye on the production of bioenergy from different sources. Therefore, the key plants to reduce poverty are increased access and energy security currently the only alternative to replace fossil fuel consumption and dependency is the production of biofuels from algal biomass. Algae are among the most potentially significant sources of sustainable biofuels in the future of renewable energy. Most algae systems can generate from 2500 gallons up to 5000 gallons per acre annually using 30% oil content. If algal producers can utilize falter algae with 60% oil content, they can minimize the size and footprint of the algal bioproduction system as much as half resulting in significant capital and operating cost. Algae mainly contain over 50% starch which can be converted into ethanol.

Microalgae proteins have comparatively high nutrient value. Many species of microalgae produce higher quantities of various essentials amino acids and proteins which can be utilized in food and to protect against several diseases. Some species of microalgae can produce as much protein as other rich sources of proteins e.g. egg, meat, and milk, etc. Microalgae can produce 2.5-7.5ton/ha/year of proteins. Dried Spirulina biomass contains the essentials amino acids and about 68% of biomass present is three-fold higher content than beef. It is reported that spirulina genes contain over tenfold more β-carotene than any other food including carrots and more vitamin B12 compared to any fresh plants or animal food source. Numerous nutritional experiments indicate the high value of microalgae in the diet of pigs, cows, sheep, chickens, and other domestic animals as well as many aquatic organisms.

Microalgae contain numerous compounds to promote germination, leaf of stems, growth flowering and can also be used as a biological protection agent against disease. After recovery of oil and carbohydrate from macroalgae, still many nutrients are left in spent biomass. Algal species have great potentials in biofertilizer technology in terms of cost-effectiveness, eco-friendly, soil binders ameliorate of sodic soil. To meet the growing need for food, the production and application of synthetic fertilizers, pesticides, and other chemicals have intensified which consequently pollutes the environment and poses a serious threat to all living beings. Thai Institute of Scientific and Technological Research(TISTR) has successfully found the practical application of algal biofertilizer for increasing productivity in agriculture. Algal biofertilizer is now proved to be a useful tool for increasing the productivity of rice production in a sustainable agricultural system. Water quality degradation is quickly joining water scarcity in the upcoming era. Wastewater treatment is very necessary for fulfilling water demand. But existing other water treatment systems want high levels of energy and chemicals and as a result, is an expensive process with significant environmental impacts. Microalgae can provide a lower-cost alternative while removing the demand for chemical use. The algal system can treat human sewage livestock waste, agro-industrial wastes, and industrial waste at a lower cost. Algae is a based system for the removal of toxic minerals such as lead, cadmium, mercury, scandium, tin, arsenic and bromine are also being developed.

The application of algae practically infinite for the number of products, due to its large diversity and changes in chemical composition influenced by different cultivation systems. A densely populated country like Bangladesh should focus on this sector. Otherwise, development can’t be possible with a large number of people. Till now the fields of algae-based products is very narrow due to the unworked of this natural resource. There are many factors for this, economic limit, non-awareness about the product, lack of knowledge for algae cultivation, and lack of investment for establishing large-scale facilities. Different projects and industrial activities should focus on this sector for a sustainable future.

## The article is written by Sultana Ferdous Jerin, Institute of Forestry and Environmental Sciences, Chittagong University 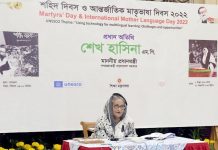 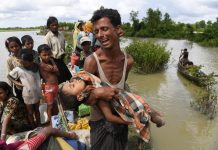 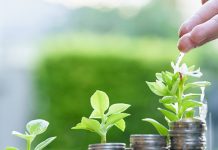