S.M. Rezve Islam, Sarishabari, Jamalpur:
With a view to removing laziness and boosting up the students during Covid-19 pendamic, CHPS has arranged a friendly footfall match on Friday at Alhaj Jute mill’s playground.

This match has started at 7:30 in the morning between two top teams of the school, class ten vs class eight .

Both teams were equally strong and so the fight was very thrilling and attractive to spectators .

Later ,the principal of the CHPS, Mr. Fazlur Rahman, handed over the trophy to the winner.

Bangladesh move up in FIFA ranking

Shakib gets bodyguard after getting threat 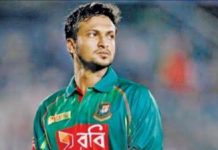 Fan’s phone thrown to the ground by Shakib 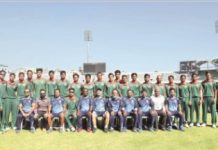